A man has reportedly chopped off his son’s hand in Hyderabad on Monday. The teenage boy was allegedly getting addicted to pornography on his smartphone despite repeated warnings from his father.

The man identifid as Mohammad Qayyum Qureshi (45), a butcher by profession of Jalpalli colony in Pahadishareef area in the old city, surrendered to the police stating that he had chopped off the right hand (between wrist and elbow) of his son, Mohammad Khalid Qureshi (18), who works as an assistant at a local cable television operator.

“The father has been booked under section 307 of Indian Penal Code (attempt to murder) and taken into custody,” Pahadishareef police inspector P Lakshmikanth Reddy said. “The son has been rushed to a private hospital nearby.”

According to police, Qayyum has four children including two sons and Khalid is the elder of the two sons.

“On Monday morning, both father and son quarrelled on the same issue again. In a fit of anger, Qayuum picked up the butcher’s knife and chopped off Khalid’s right hand. Hearing the son’s screams, the other family members came and immediately took him to a nearby hospital, where the doctors said the hand was 90% severed and the chances of restoring it are bleak,” police said. 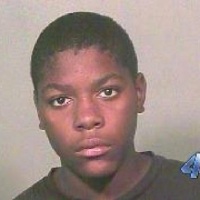